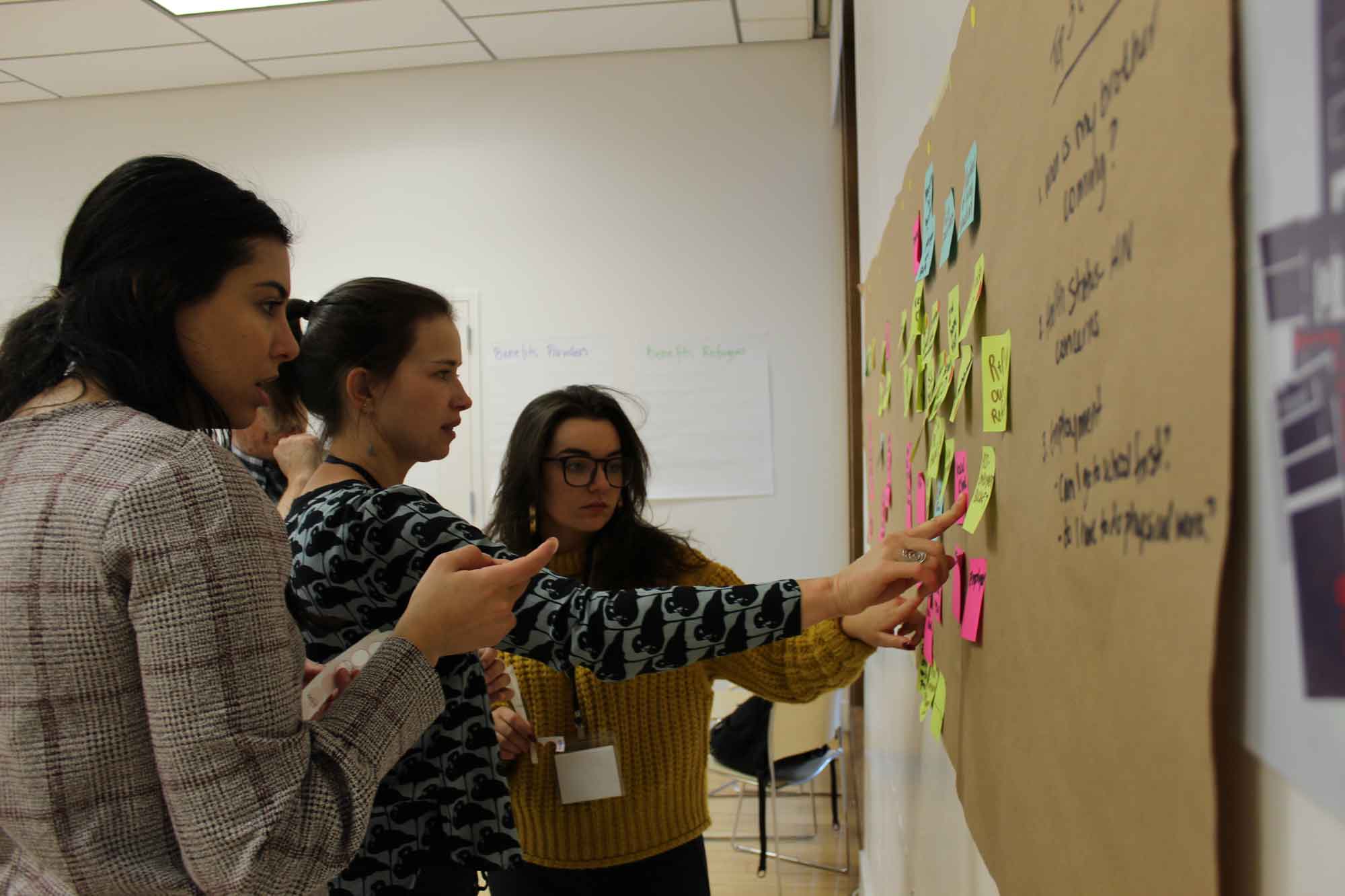 In separate sessions, the overseas CO leaders had opportunities to interact with refugee clients, observe domestic CO, and tour a nearby apartment complex where many resettled refugees live. Meanwhile, domestic CO leaders participated in a session on supporting virtual communities, discussed a report on assessing CO, and attended a panel discussion on community engagement in the U.S.

The CO Leadership Network fosters collaboration and exchange between and among overseas and domestic CO programs to enhance CO delivery.

Every CO provider is equipped with resources and information to help refugees navigate their new communities in the U.S.

CORE at the PRM Admissions Workshop

The CORE Director and Communications Manager attended the annual PRM Admissions Workshop in Washington, D.C. from December 8 – 11, 2015. In addition to a poster session presentation (CORE’s poster, accompanying handout, and presentation featured the CO Leadership Network), CORE also facilitated a group breakout session. The purpose of the session, which was well attended by both domestic and overseas program staff, was to present findings from CORE’s series of assessment surveys.

PRM Chief of Domestic Resettlement Section Barbara Day and CORE Director Jason Crislip traveled to Amman, Jordan in November 2015 with the purpose of observing Cultural Orientation classes at RSC MENA. The trip provided an opportunity to see an overseas CO program in action, note any specific recommendations, and determine ways that CORE can support the program. The delegation was able to observe a full four-day CO session as well as meet with key RSC staff and external organizations.

The CO class included 14 cases comprised of 24 adults from both Syrian and Iraqi populations. The class was facilitated by Diala Terro, a Jordanian national and experienced CO instructor, and was conducted in Arabic with an interpreter for the visiting delegation. RSC MENA CO Coordinator Jamal Alfakhouri was also in attendance for the duration of the class.

At the conclusion of class on Wednesday, students received completion certificates and self-study materials in the form of the Welcome to the United States guidebook.

Higher Advantage is a program of the Lutheran Immigration and Refugee Services (LIRS) that supports resettled refugees, service providers, and employers to encourage new American employment and self-sufficiency. Their website offers ample employment resources including downloadable tools, research and reports, and webinars. The video above offers employment advice to refugees from attendees at Higher’s Second Annual Refugee Employment Workshop which took place in Omaha in November.