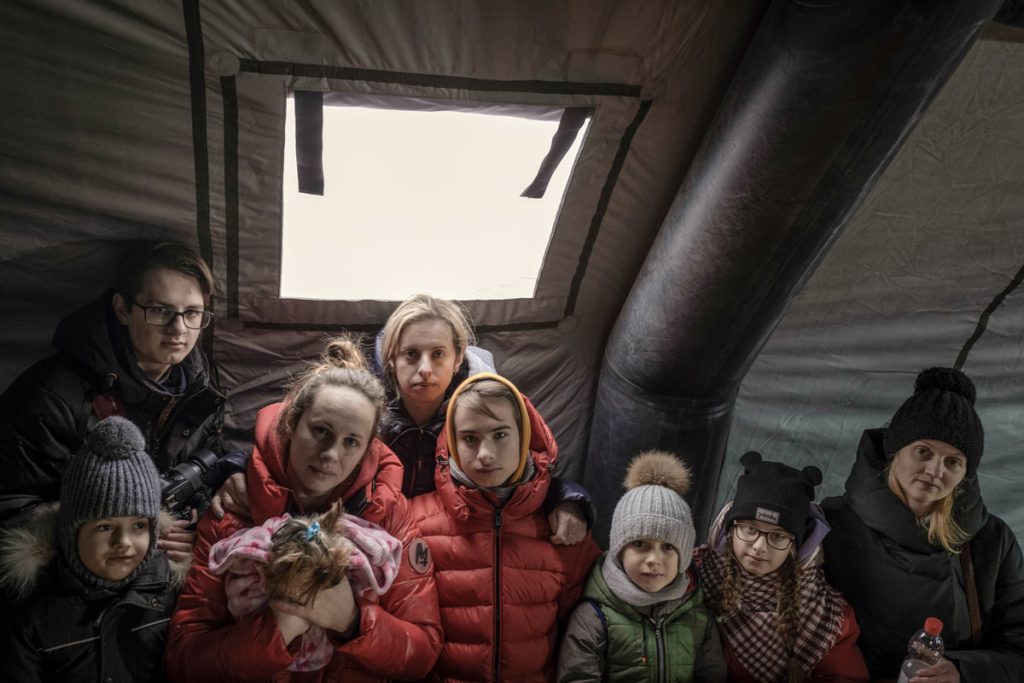 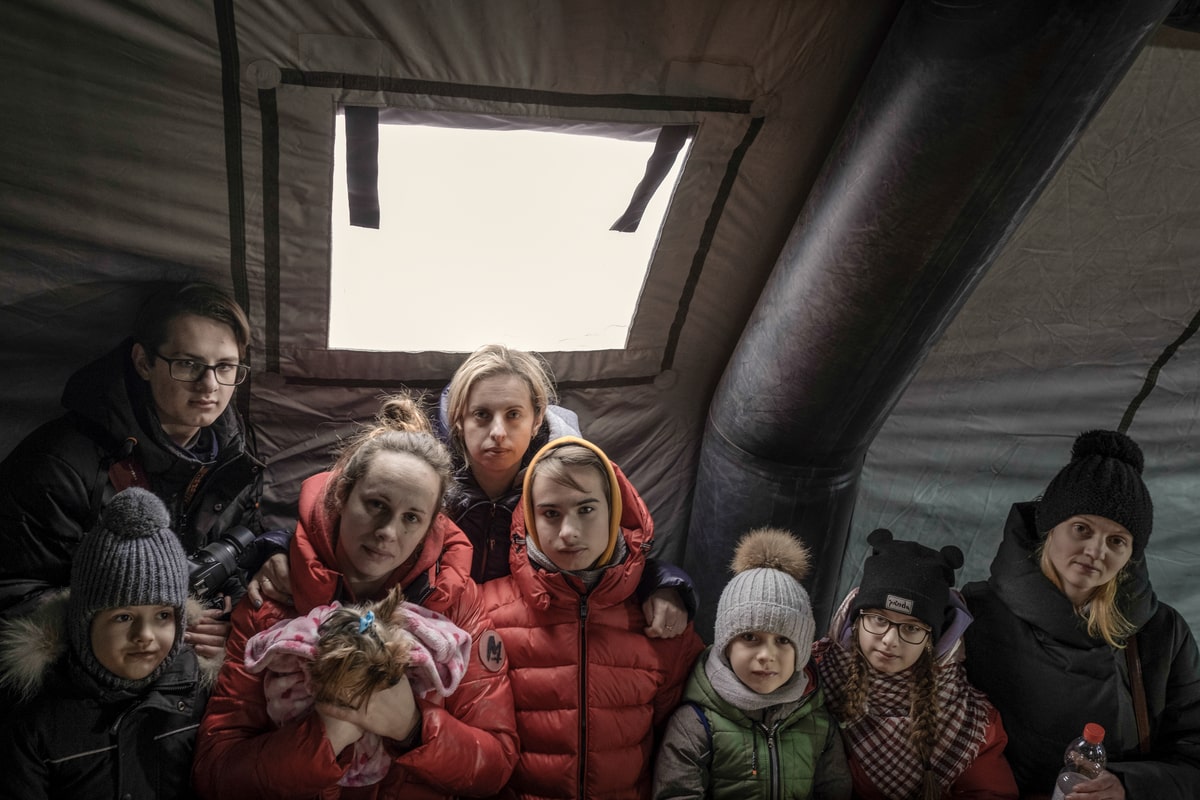 This backgrounder contains historical, political, and cultural information intended to cultivate a general understanding of Ukrainians who are arriving in the U.S. CORE produced this backgrounder to aid U.S. Resettlement Agencies (RAs) and their local affiliates and partners to provide culturally appropriate Cultural Orientation (CO) and other services to newly arrived Ukrainians. The information provided is intended as guidance and does not represent the needs and challenges of all Ukrainians. As such, service providers are encouraged to adapt their services as appropriate.

In February 2022, Russia launched a military invasion in Ukraine. The current conflict is the result of Russia’s geopolitical ambitions and tensions among the complex identities competing in the region, also manifested in the 2014 annexation of the Crimea region.

As Ukrainian refugees seek safety, there have been widespread reports of human trafficking and exploitation, including sex and labor trafficking. To address these risks, international and local organizations have implemented information campaigns and safeguarding measures to protect the human rights of displaced persons from Ukraine.

The Lautenberg Program is a family reunification program that allows certain individuals legally residing in the United States to bring their family members to the U.S. through the U.S. Refugee Admissions Program. The U.S. Refugee Admissions Program is managed by the Bureau of Population, Refugees, and Migration (PRM). To be referred to the United States for resettlement, a refugee must be outside their country and is unable or unwilling to return because of a well-founded fear of persecution. The Lautenberg Amendment was first enacted in 1990 to facilitate the resettlement of Jews from the former Soviet Union. Today, the Lautenberg Program also includes other persecuted religious minorities including Evangelical Christians, Jehovah’s Witnesses, Ukrainian Greek Catholics, and members of the Ukrainian Autocephalous Orthodox Church. To access this program, you must apply through a local resettlement agency.

Ukraine is a bilingual country where both Ukrainian and Russian are commonly spoken and widely understood. Ukrainian is the official language, considered the first language by 67% of the population, while 30% of Ukrainians speak Russian as a first language. The use of Ukrainian is most prevalent in Western and Central Ukraine, while Russian is dominant in Eastern and Southern Ukraine. There are many other languages spoken in Ukraine, including but not limited to Romanian, Polish, and Hungarian.

After Ukraine became independent in August 1991, there was an effort to make Ukrainian the national language. In 2019, the State Language Law established Ukrainian as the country’s official language in businesses, schools, and media. For many, the Ukrainian language symbolizes Ukraine’s national identity and cultural heritage. Russia’s military invasion has triggered further politicization of the language. It is important to confirm the language needs of the case and ensure appropriate interpretation while working with Ukrainian refugees coming from different regions.

In this section, learn more about effectively delivering key Cultural Orientation messages when working with Ukrainian refugees. Download the Full PDF version of the Ukrainian Backgrounder for a more detailed and contextualized information on these topics and other information.

Ukrainians come from a society with deep-rooted traditional views on identity roles, family dynamics, and religious and social norms. Ukrainian refugees may have difficulties interacting with people from different ethnic or racial backgrounds. They also may not want to participate in certain events or holidays unfamiliar to them, like a Halloween party. However, with guidance and support, individuals can adapt and be more flexible.

Much of the Ukrainian population uses the internet due to widespread mobile and internet coverage across the country. Ukrainians often use social media and messengers, like Viber, Whatsapp, and Telegram, to disseminate news and information. However, the overall digital competence among the population remains below the basic level, and individuals may face challenges with cyber security and online fraud.

The COVID-19 pandemic and the Russian military invasion have impacted education in Ukraine, forcing educational institutions to transition to online learning. This transition has been difficult, especially in areas with limited digital literacy and financial support for virtual programs. Many school-aged children have at least a basic understanding of English. However, how English is spoken and taught in U.S. schools may challenge newcomers.

Given the general case composition of women with minor children, employing Ukrainian clients will present opportunities and challenges. Many individuals coming to the U.S. will have attended tertiary education and have previous work experience. Others may have childcare and language barriers, little to no work experience, or unrecognized qualifications.

Ukrainians will not be familiar with the medical insurance system, the need for a referral to see a specialist, or the requirements for prescriptions from a doctor when going to the pharmacy. Additionally, vaccination might be a sensitive topic to discuss. Some cases might push back on vaccinations due to religious or social beliefs. Similarly, when it comes to mental health, Ukrainians prefer to utilize peer and family support and are not likely to seek professional care. It is not generally acceptable to discuss mental health or receive care for mental health.

Renting initial housing in the United States might be a challenge for Ukrainian refugees. Individuals may not understand the complex leasing process, including background checks, lease requirements, and tenant rights and responsibilities. It is also possible that they will have higher expectations for their living conditions than what is available upon arrival. Ukrainian refugees may also prefer to live closer to their relatives or community.

Ukraine has a complex public assistance system marred by insufficient coverage and lack of transparency. Many Ukrainians tend to rely on social support benefits, including birth and maternity installments, disability payments, or subsidized utilities.