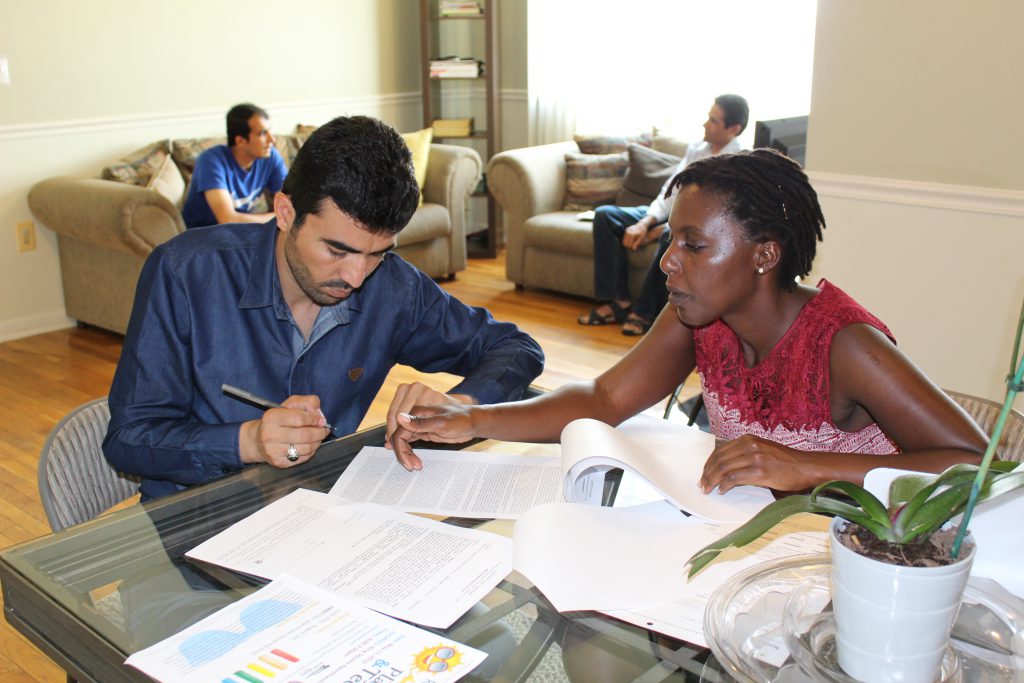 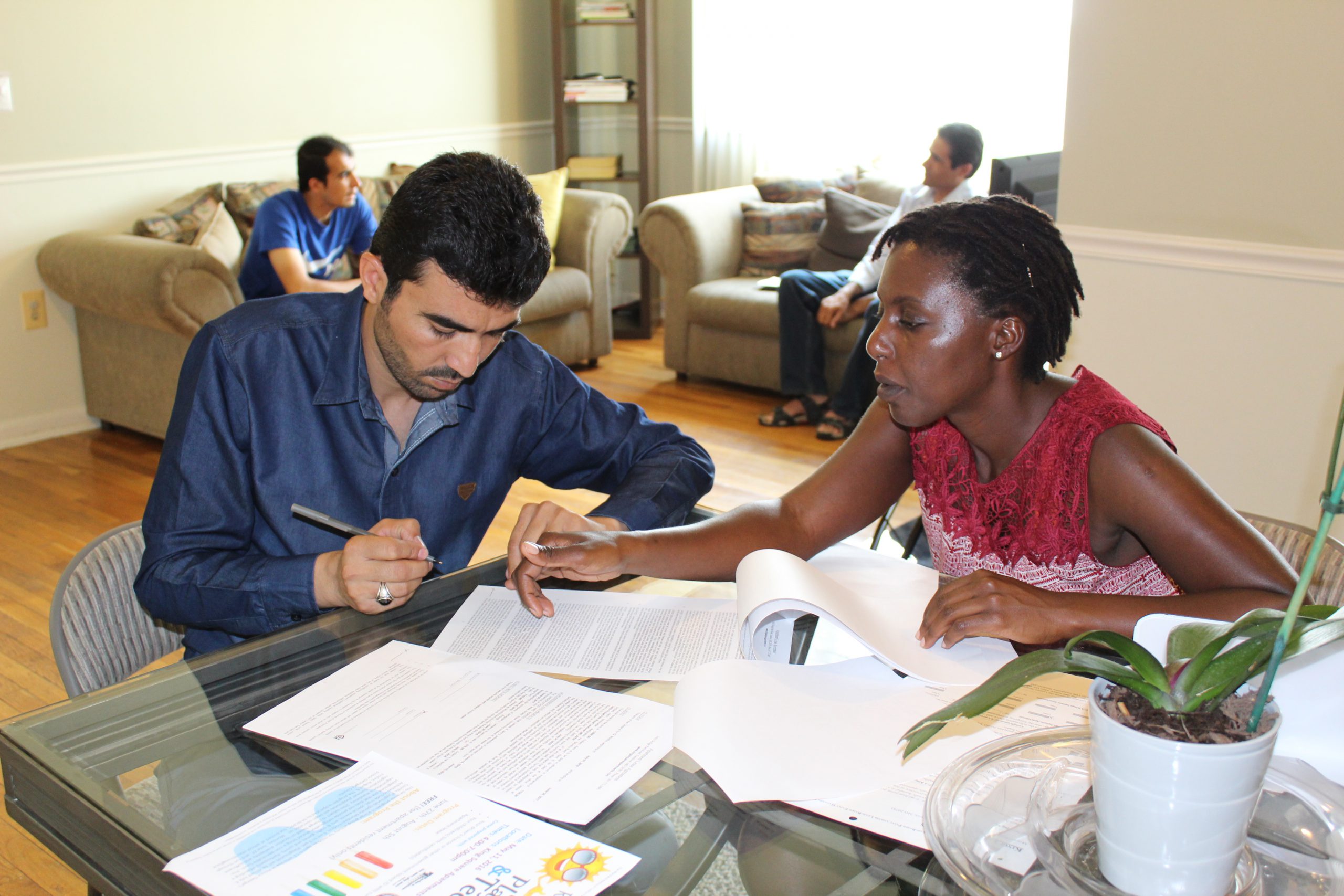 This backgrounder contains historical, political, and cultural information intended to cultivate a general understanding of Afghans who are arriving to the U.S. The ongoing crisis in Afghanistan is complex and spans decades. CORE produced this backgrounder to aid U.S. Resettlement Agencies (RAs) and their local affiliates to provide culturally appropriate Cultural Orientation (CO) and other services to newly arrived Afghans. The information provided is intended as guidance and does not represent the needs and challenges of all Afghans. As such, resettlement staff are encouraged to adapt their services as appropriate. Download the Full PDF version of the Afghan Backgrounder for additional details and information not included on this page.

Current Situation—The Return of the Taliban

Afghanistan is now experiencing a humanitarian crisis. The Taliban have reintroduced strict controls on personal freedoms and are curtailing, if not reversing, the country’s 20 years of work towards progress and development. In particular, the Taliban are targeting basic human rights (e.g., the right to education and the rights of women, girls, and minorities) and are sending the country towards an economic collapse. Their campaign has sparked a mass exodus which prompted the U.S. and other international governments to carry out a rapid evacuation process.

During the drawdown of U.S. troops in the summer of 2021, more than 100,000 SIV holders, applicants, and other Afghans were airlifted to safety, some arriving in the U.S. where they were temporarily accommodated at military installations around the country. Many more were accommodated at overseas U.S. bases awaiting further processing and resettlement. While Afghans who arrived in the U.S. as part of Operations Allies Refuge have reached a safe haven from the Taliban, their sudden and chaotic departure was dangerous and traumatic. Many left behind everything including family, friends, and livelihoods.

Additionally, many Afghans have fled to Pakistan, Uzbekistan, and other countries of asylum causing UNHCR to call on all countries to recognize their right to seek asylum and respect principles of non-refoulement. More often than not, Afghans outside their country face dire circumstances like harsh weather, food shortages, unsanitary living conditions, and hostility from the host communities in these first-asylum countries.

Evacuated Afghans who are not SIV holders or do not qualify for the SIV program may be granted humanitarian parole in the US under Operation Allies Welcome, an interagency effort led by the Department of Homeland Security.

The parole status is for a period of two years. Under the Afghan Parolee Assistance program and the recent stopgap funding bill signed into law by President Biden, new arrivals temporarily have access to services from resettlement agencies and qualify for other federal benefits. Parole does not provide a path to legal immigration status. As such, those paroled will need to work with an immigration lawyer or accredited representative with expertise in humanitarian immigration issues to explore options for pursuing permanent immigration status, such as asylum and special immigrant visas, as well as family-based immigration laws.

The Special Immigrant Visa (SIV) program  aims to protect Afghans employed by or on behalf of the U.S. government, such as interpreters, non-governmental employees, and other Afghans who worked closely with American forces. SIV holders arrive in the U.S. as legal permanent residents eligible to work and access resettlement services.

In  August, the Department of State announced the U.S. Refugee Admissions Program Priority 2 Designation for Afghan Nationals. This program is for certain Afghan nationals and their eligible family members that may not be eligible for a Special Immigrant Visa, but may at risk due to their U.S. affiliation.

In the 20th century, Afghanistan’s internal affairs were aggravated by the intervention of two imperialist powers – the British Empire and Czarist Russia. Through strategic planning, the nation regained independence from the United Kingdom in 1919 and experienced a short-lived period of stability, peace, and security.

In 1978, the nation was relaunched into an era of turmoil and civil war as a result of the Soviet Union’s invasion. The Soviet troops left Afghanistan ten years later, in 1989, under persistent pressure from the international community and anti-Communist freedom fighters (the Mujahideen). The Soviet-backed government then collapsed in 1992, thus creating a power vacuum that led the country to a civil war (1992-1996).

Instability and infighting provided the opportunity for the Taliban extremist group to claim control over the country in 1996. The Taliban imposed a rigid variation of Islam on the country which included repressive social structures on Afghans. The Taliban also harbored Osama bin Laden, credited with leading the terrorist organization, Al Qaeda, and organizing the September 11, 2001 attacks on New York and Washington, D.C.

In response, the U.S., with its European allies, provided combat support to forces led by Hamid Karzai who established a provisional government. Since then, Afghanistan has made serious progress in building a stronger country. However, these efforts were abruptly brought to an end by the Taliban in 2021 during the withdrawal of U.S. and allied forces.

Afghanistan is a diverse country. There are more than 19 different ethnic groups that each have distinct histories and rich cultures. Ethnic affiliation can be a significant organizing principle in parts of rural Afghan society. According to the language factsheet by the Words of Relief published by Save the Children, there are 35 languages spoken in Afghanistan. Dari and Pashto are the two primary languages spoken. Pashto and Dari languages belong to the Indo-European group of languages, and they share common features with the Aryan languages.

Interethnic conflict in Afghanistan and the Afghan diaspora exists. This conflict is due to political, economic, sectarian, and religious affiliations. However, tension among certain groups such as Pashtuns, Tajiks, Hazaras, and Uzbeks escalated following the 1979 Soviet invasion.

The most intense ethnic tension exists between the Pashtuns, the largest ethnic group in Afghanistan, and non-Pashtuns such as Tajiks, Hazaras, and Uzbeks. After the return of the Taliban to power in Afghanistan in August 2021, the tension and rivalry between the Taliban, whose majority members are Pashtun, and non-Pashtun ethnic groups have intensified. Currently (2021), the Taliban refrain from committing overt ethnically targeted attacks; however, minority ethnic groups are often the victims of violence carried out by the militant group.

These interethnic tensions do not disappear upon leaving Afghanistan. However, they differ in that ethnic tensions are rarely physically violent in the United States. These ethnic tensions instead influence how Afghans form ethnic communities in the United States and enforce boundaries between one another. These boundaries can be harmless (e.g., Afghan newcomers feeling more comfortable with co-ethnics based on a shared language and culture) or they can be harmful (e.g., open discrimination between newcomers and resettlement staff or interpreters from different ethnic backgrounds).

To ameliorate tensions, service providers should be familiar with how these interethnic tensions operate both in Afghanistan and upon resettlement. It is vital to establish clear policies and guidelines for resettlement staff, volunteers, and interpreters to ensure that there is no opportunity for discrimination.

In this section, learn more about effectively delivering key Cultural Orientation messages when working with Afghan refugees. Download the Full PDF version of the Afghan Backgrounder for a more detailed and contextualized information on these topics and other information.

For Afghans, aspects of life in the U.S. may be new and present challenges in their cultural adjustment. In some Afghan communities, men expect their wives to stay home and continue to do their job as they did back before. On the other hand, some women want to exercise their rights, enjoy their freedom, and participate actively in society, creating confusion and tension. Furthermore, Afghan refugees may have never interacted with people from different ethnic and racial backgrounds other than those from their own country.

The education system in Afghanistan has had its ups and downs. Most Afghans, especially in rural and tribal areas, are illiterate and lack basic reading and writing skills. Furthermore, not all Afghans have learned from the same curriculum. Additionally, parent engagement is uncommon in Afghanistan. Afghan parents believe that schools and teachers know what is best for their children. Thus, they do not question school administration or teachers’ decisions about their children’s education. Finally, some children may have experienced the struggle to survive and may show evidence of post-traumatic stress.

Afghans enter the United States with varying skills and work experience, from holding government positions to non-formal work experience inside the home. The mindset that stigma is attached to specific jobs and expectations of obtaining jobs aligned with their experience may pose challenges in accepting the first available job. In addition, some Afghan newcomers may not want to work in places that serve alcohol or pork due to their Islamic beliefs.

Poverty and lack of access to the adequate health care system and medical services in Afghanistan have harmed preventative care for many Afghans. Specific topics may create discomfort or are considered taboo to Afghans. For example, seeking mental health services may be perceived as shameful. At the same time, the resettlement process from flight to post-migration may result in depression, anxiety, or post-traumatic stress disorder.

In response to these health concerns, consider the following tips:

Afghan families may prefer to live alone but closer to their extended families or in a community where they can interact with other Afghans or Muslims. Many new arrivals may have high expectations for their new living situations and may hope for a larger home, not an apartment. Additionally, Afghans may be reluctant to use previously used items, such as furniture, because it may reflect a loss of status; or feel the used materials are unclean.

Afghan refugees may have misconceptions about the U.S. resettlement process and its refugee-specific forms of assistance. These expectations may rely on the United States’ stereotypes in films, books, and social media outlets. They might expect items like a house and a car and not to struggle in the way they did in Afghanistan.

Afghanistan’s legal system has undergone many changes in the past few decades. While the previous administration did its best to establish a rule of law and a legal system capable of guaranteeing fundamental rights, many of these laws were either not enforced, or courts instead applied Islamic laws rather than the provisions of its constitution. Additionally, many of Afghanistan’s citizens often refuse to seek help from law enforcement and the courts based on their knowledge of police corruption, inaction, or believing that certain events (e.g., domestic abuse) are familial matters and not for discussion outside of the home.

The following are additional resources that may assist resettlement staff in delivering Cultural Orientation.

Destination Guides: These guides provide information on mosques, halal grocery stores, social services, and programming in local communities. These guides are available for the regions listed below.

Disclaimer: Destination Guides were developed by the Department of Homeland Security as a part of the response to the Operation Allies Welcome Mission. The documents, including organizations and businesses listed, do not necessarily represent endorsement and should not assume endorsement by the Federal Government per 5 CFR § 2635.702.