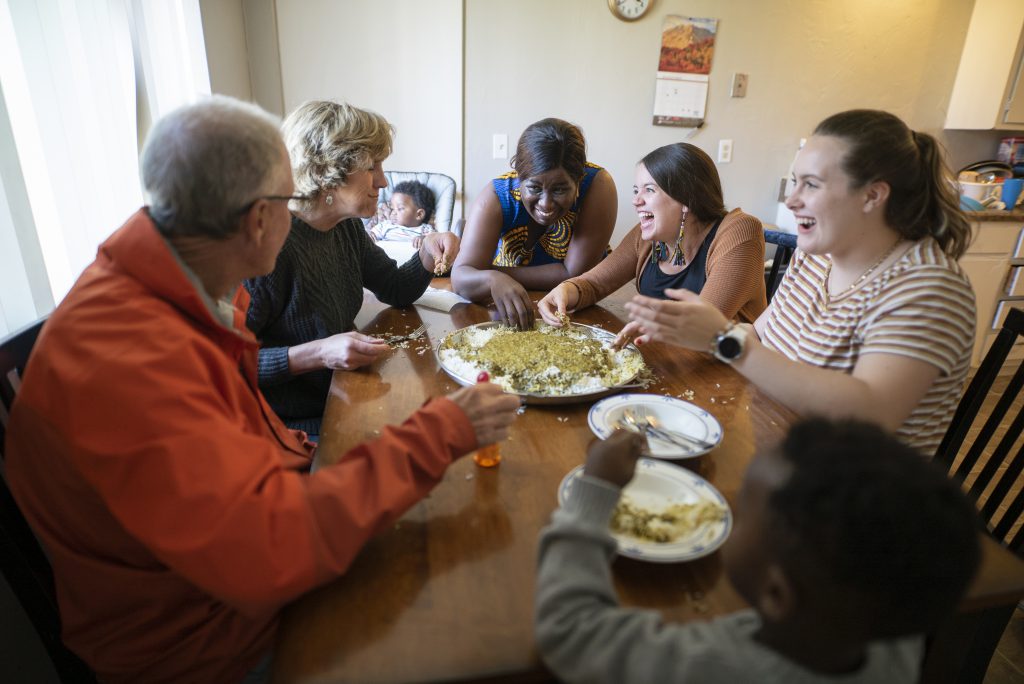 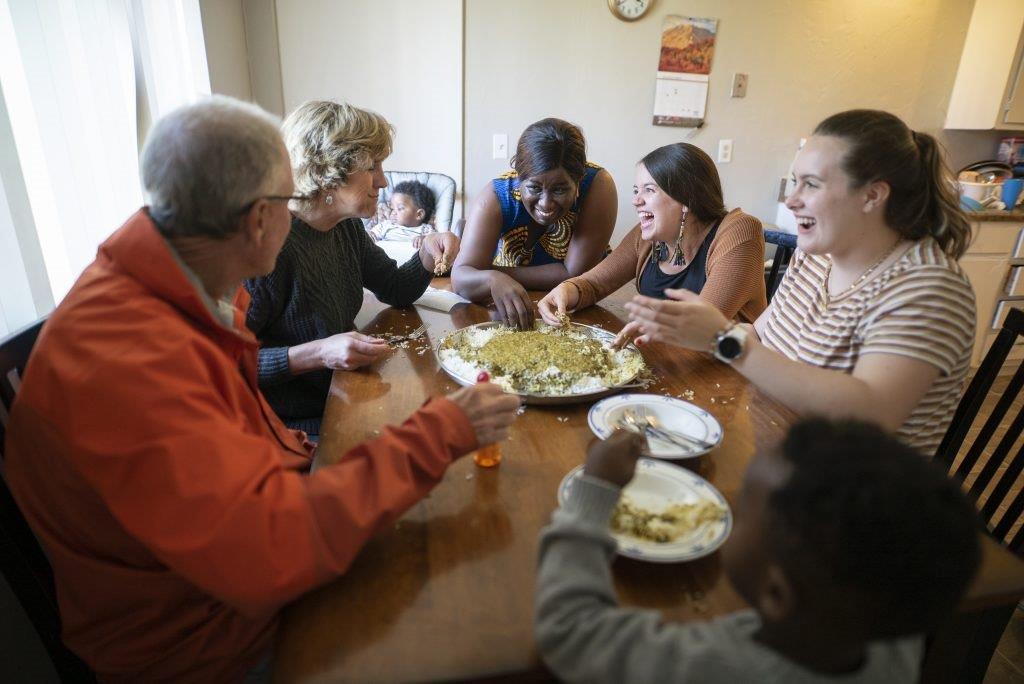 Resources for Community Partners and Sponsors

This toolkit teaches community partners and sponsors how to incorporate key Cultural Orientation messages while providing direct resettlement services to newcomers during their first 90 days. The toolkit provides guidance on how to incorporate Cultural Orientation messages into 25 early resettlement services. Integrating Cultural Orientation throughout the service period will help newcomers retain the information that is essential to adapt to their new lives and achieve self-sufficiency. Sponsors may use the CO activities checklist to track which activities group members facilitate.

END_OF_DOCUMENT_TOKEN_TO_BE_REPLACED

Am I a community partner?

Am I a community partner?

The term community partner refers to all organizations that provide resettlement services to newcomers, including but not limited to public safety workers, public assistance workers, educators, and healthcare professionals. Incorporating key Cultural Orientation messages into your services can help newcomers receive the vital knowledge, skills and attitudes needed to adapt to their new lives and achieve self-sufficiency.

What type of sponsor am I?

The term sponsor refers to community groups that provide direct resettlement services and financial support to newcomers as they resettle into their new communities. These groups may sponsor newcomers in collaboration with Resettlement Agencies or through the Sponsor Circle Program.

Cultural Orientation is a critical component of resettlement, and it is important for sponsors to learn key Cultural Orientation messages. All sponsors supporting newcomers from Afghanistan should review CORE’s Afghan Backgrounder and SIV stories video series to learn more about working with this population.

What is the Sponsor Circle Program?

The Sponsor Circle Program is a community-led resettlement initiative that allows everyday Americans to take on the responsibility of welcoming an Afghan newcomer to their communities. The program is an emergency response launched to ensure that all arriving Afghans receive welcome and support. The Sponsor Circle Program pairs Afghan newcomers with community groups eager to provide support.

What is the role of the Resettlement Agency?

Sponsorship has long existed in the United States. However, since the Refugee Act of 1980, Resettlement Agencies have played a formal and critical role in the provision of early resettlement services. As such, CORE’s resources reference the Resettlement Agency (or case manager) as the primary service provider.

Once you complete the mandatory trainings required to be certified and serve as a sponsor, you should:

1. Complete CORE’s Sponsorship Orientation. During the course, you will learn the foundational knowledge you need to deliver effective Cultural Orientation. The course includes 7 modules and will take 4 hours to complete.
END_OF_DOCUMENT_TOKEN_TO_BE_REPLACED

2. For community groups that sponsor newcomers in collaboration with a Resettlement Agency, review the Onboarding Checklist for Sponsors.
END_OF_DOCUMENT_TOKEN_TO_BE_REPLACED

The term newcomer includes refugees, Special Immigrant Visa (SIV) holders and humanitarian parolees from Afghanistan. Community partners and sponsors should review and share CORE’s Settle In resources with newcomers. Be sure to explore these resources before introducing them to newcomers. This will help you answer their questions. Newcomers can access CORE’s multilingual Settle In resources through a website, app, and social media.

The Settle In mobile and desktop app is the perfect travel companion for newcomers during their resettlement journey to the United States. It provides short videos, interactive lessons, and badges to reward and track learning progress. This resource is available in English, Arabic, Burmese, Dari, Kinyarwanda, Pashto, Spanish, Swahili and Russian.
END_OF_DOCUMENT_TOKEN_TO_BE_REPLACED

Settle In Facebook is designed to directly engage newcomers from Afghanistan resettling in the United States. This platform serves as another touchpoint for CORE to directly disseminate essential, correct information tied to early resettlement services and key Cultural Orientation messages. This resource is available in Dari and Pashto.
END_OF_DOCUMENT_TOKEN_TO_BE_REPLACED

Destination Guides: These guides provide information on mosques, halal grocery stores, social services, and programming in local communities. These guides are available for the regions listed below.

Disclaimer: Destination Guides were developed by the Department of Homeland Security as a part of the response to the Operation Allies Welcome Mission. The documents, including organizations and businesses listed, do not necessarily represent endorsement and should not assume endorsement by the Federal Government per 5 CFR § 2635.702.